The  Our Waters project, which is based around contemporary photographic responses to the Godson Collection held at the State Library of South Australia,  is starting to take shape.

At this stage several photographers have provisionally agreed to participate: namely,  Tony Kearny, James Tylor,  Nici Cumpston,  Stravos Pippos,  Paul Atkins, With Lars Heldmann and myself that makes 7  photographers in the project.  A few more may  come on board (possibly Mark Kimber and Andrew Dearman) whilst others may pull back from full participation. 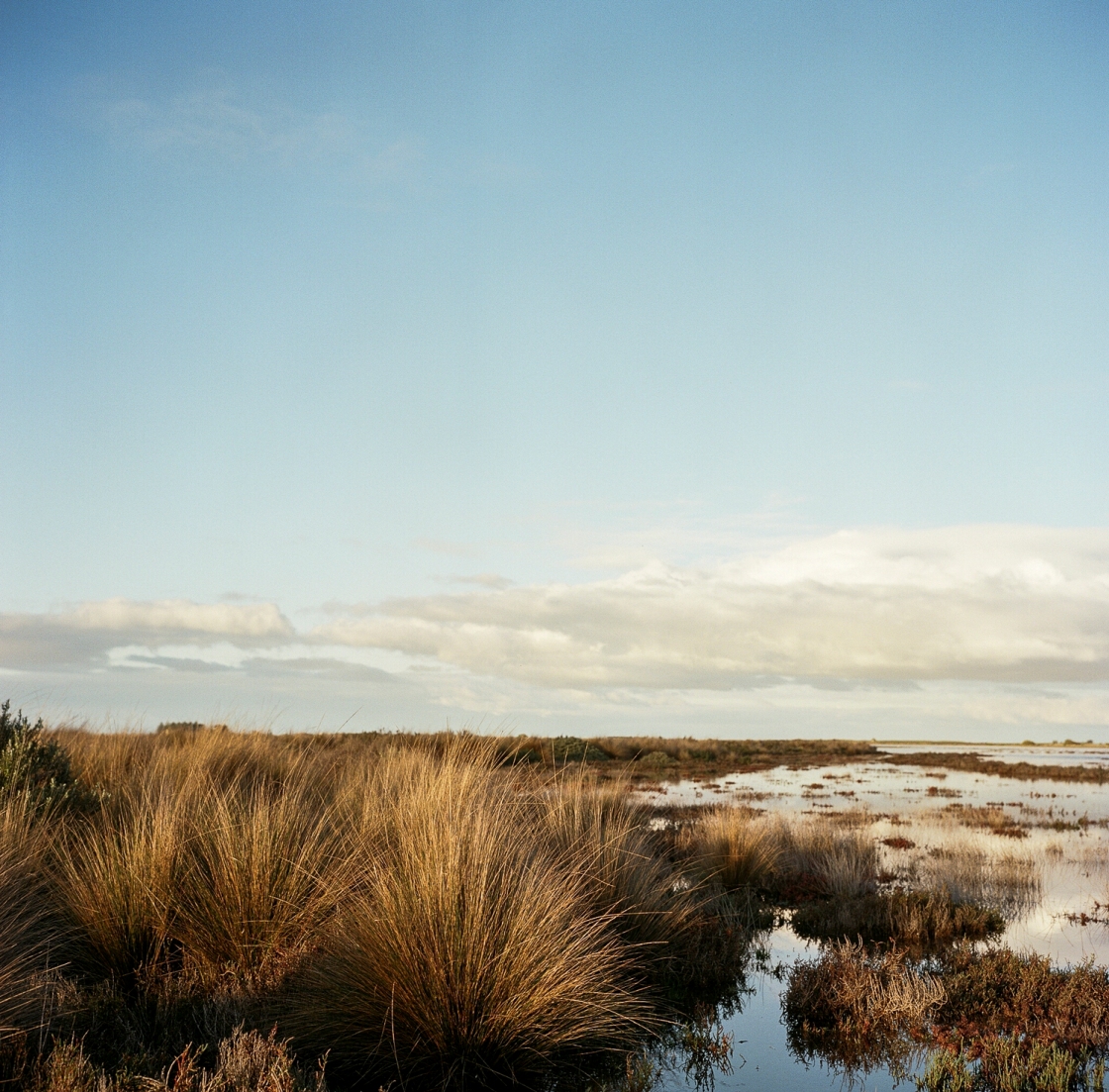 The 1st exhibition has been planned for the SALA Festival in Adelaide  in 2019, with the gallery at Atkins Photo Lab  decided on.  The design  of the exhibition in this rectangular space has been tentatively mapped out:  there will be 6-9 photographers and 12-14 prints–maybe more– in the exhibition, with  each  responding differently to the general Godson Collection from their own perspective.

Some may just do the odd image  for the specific exhibitions  whilst others may link or connect parts of  their own projects to the general Godson Collection.   The responses will be quite diverse:  the  photographers could rephotograph,  reinterpret or critique  the Collection in general and they will be using using contemporary, classical  and alternative technologies.

I have been thinking that though my work in the  project would be connected to the Mallee Routes project, the images move away from both the pictures of natural beauty and the drought –eg., the pictures in this post— to be more historically orientated.

Historically orientated in the sense that they would be  dark landscapes haunted by Frontier violence, wars and the massacres of aboriginal people by white settlers.  Colonial Australia in the 19th century was  building its international economy (and image) on pastoralism by violently dispossessing indigenous people  from their land. This was historically understood within the Whiggish historical narrative of imperial progress;  a white settler narrative in which  Indigenous perspectives have been locked out.  The history of Australia was largely viewed as the exploration and colonisation of an ‘uninhabited’ continent by British settlers.

Australia has never really investigated its  colonial legacy, preferring to express horror at the inadequacy of the Indigenous population,  to devise policies including assimilation designed to  control their destiny and  to band-aid their wounds.  The politicians  wring their hands,  shed tears of remorse and insist that the state  knows best as it attempts to impose its will on Indigenous people. This is part of  a cult of forgetfulness.

W.E.H. Stanner,    in the second of his significant  1968 Boyer lectures,  pointed to something previously unnoticed, the “great Australian silence;” a silence that reigned over “relations between two racial groups within a single field of life.” Stanner argued:

“It is a structural matter,   a view from a window which has been carefully placed to exclude a whole quadrant of the landscape. What may have begun as a simple forgetting of other possible views turned under habit and over time into something like a cult of forgetfulness practised on a national scale.”

This colonial past of the settler state,  with its frontier massacres,  myths,  and codes of silence and secrecy , continues to haunt the present.  Conservatives, for instance continued attempt to deny—or, at best, ‘move on’ from—uncomfortable historical truths, such as  massacres being  one of the normal tools of frontier European settler society.

We need to challenge the view that the past belongs to another realm of time which is separate from the present.   Here is a good example of contemoporary  photography exploring this haunting; one  that can begin a conversation with Aboriginal Australia about the real politics of our history, rather than the conventional conversation about Aboriginal people.

My contribution to the Our Waters project would  be loosely linked to the Mallee Routes project, and it would involve  stepping  behind the Godson images to reconnect with the frontier conflicts in the 19th century.  My aim is to make  landscapes of a few of  the sites of the Frontier Wars/Conflicts along the River Murray in South Australia  and Victoria.  The  style that is very different from the earlier photographs in this post,  or nostalgia about a mythic Australia,  and landscapes that had long passed.

For the SALA exhibition in 2019 I  will go  behind Godson’s images of peaceful Coorong sand dune landscapes or sunny people holidaying at Nine Mile Point. I will  connect to the haunting tragedy associated with the 1840 Maria shipwreck on the coast of Lacapede Bay, near the southern tip of the Coorong.

The event  that I have in mind is the Maria Massacres. This refers to the post wreck violence between the sailors within the party of survivors and the Ngarrindjeri people at a place called Yarangulin,   which people call today Dodds Landing point on the land side of the Coorong south of  Lake Alexandrina.   The sailors had been sexually molesting the Ngarrindjeri girls and  members of the Milmenrura people (which are a lanklinyeri, or tribal grouping, within the Ngarrindgeri nation).   The Milmenrura, who  had already experienced violence whalers and sealers  abducting their women, killed the survivors and buried their bodies.

Governor Gawler in response sent a  military expedition from Adelaide under Major O’Halloran to summary punish the Ngarrindjeri people for killing the survivors.  O’Halloran took 65 prisoners, shot several,  and in a “bush” trial sentenced two men to death. The military  built a gallows opposite  the Dodd Landing area and they hung the 2 Milmenrura men by the neck there.

The Ngarrindjeri were treated as the aggressors when it was the white sailors who had caused the trouble. The violence  eventuated after the sailors continued  to sexual harass  the young Ngarrindgeri women after  had been given regular warnings, and  attempts  had been made to split the party into separate groups at night.

The “punitive expedition” contravened British justice by denying the accused a proper trial. The colonial Government under Gawler had acted outside its mandate. The British government had declared that as British subjects,  Aboriginal people would be seen as equal to the colonists, be safeguarded by British laws,  and be entitled to the privileges of British subjects.

The expedition was punitive in that it aimed to strike  terror into the Ngarrindjeri and to stop them killing white colonists. The colonial history is  one of enforcing British law on Aborigines, and the   ruthless intent of many colonists was to  take aboriginal land, then establish, survive and prosper using an organised and motivated police – outside both legal and territorial jurisdictional boundaries if necessary.

For the  second  and larger exhibition in 2020–the gallery  is unknown at this stage— I plan to make  a landscape of one of the sites of the Frontier wars,  namely the  Rufus River massacre, which occurred on a bend of Rufus River at Lake Victoria  in 1841. Thirty Maraura men killed by a force of 70 heavily armed men authorised by Governor George Grey. This was a state organized reprisal   for two successful aboriginal  attacks on a party of eleven whites on the banks of the Murray River on the Adelaide to Sydney stock route on April 16, 1841.

This massacre concluded a six month long guerrilla war by the local Aboriginal people (Maraura) during which they successfully blocked the overlander route through their land. The massacre took place where the  overlanders’ road from Sydney to Adelaide crossed the Rufus River.

These two dark landscapes plus others will be made  with a large format camera (a 1950’s  8×10 SuperCambo monorail) using  black and white Ilford sheet film–photographic technology  that would be similar to the equipment used by Godson.    (I had found the view camera sitting in a cardboard box in a dusty corner of a suburban photographic shop in Semaphore in the 1980s). Using this primitive technology to represent the colonial violence that still haunts contemporary Australia  does seem appropriate.

4 thoughts on “The ‘Our Waters’ project: an update”

This site uses Akismet to reduce spam. Learn how your comment data is processed.